Himalaya Birkin & Kelly Expected To Go For A Song

Why Are Hermès Himalaya handbags so expensive?

The Hermès Himalaya collection is identifiable from its white, smoky grey and soft brown ombre Niloticus crocodile, reminiscent of snowcapped mountains. It has a cachet that is unmatched by any other handbag, earning it the reputation of the ultimate Hermès status symbol. The collection, which includes Kelly, Birkin, Constance and Plume, among others, is produced in such limited numbers that it’s earned itself the reputation of being the rarest handbag in the world and is only offered to Hermès’ most VIP customers.

The rarity and value of these handbags can be explained by the craftsmanship that goes into them. Artisans pick the lightest crocodile skins to process extensively in order to achieve the pure white with subtle grading that is unique to this collection. It’s a process so difficult and time-consuming that it’s one of Hermès’ best-kept secrets.

The History of the Hermès Himalaya

Kelly Vert Celadon Natura, a very rare bag released in the 1990s, was the predecessor of Himalaya. It has a green-brown gradation, because, before the Himalaya dyeing process has been mastered, it was impossible to move all the natural pigment of the skins. By the end of the 2000s, the Himalaya had hit the market. Himalaya Birkin is available in 25 and 30 centimeters and Himalaya Kelly in 28 and 35 centimeters. A handful are still produced each year.

The popularity and value of these handbags show no sign of waning, so if you have a spare US$150,000 or so burning a hole in your pocket, now is your chance to add a Himalaya to your Hermès collection.

Handbags Online: The New York Edit is in partnership with FASHIONPHILE and is part of Christie’s New York Luxury Fashion Week.

No comments to show.

You may have missed 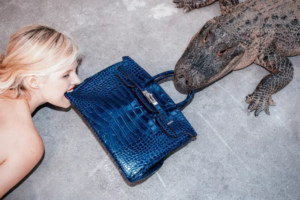 CITES – How to travel or export exotic Hermès handbags

Volynka The Hermès Russian Leather from a Shipwreck 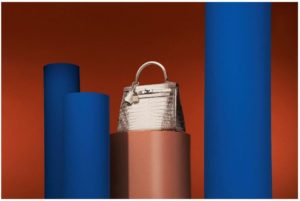 Up For Auction: Hermès Himalaya